Key Information to Study Pharmacy in Canada for International Students Canada is one of the northernmost countries that is close to the arctic circle and yet has one of the most technologically advanced and ranks among the highest in international measurements of government transparency, civil liberties, quality of life, economic freedom, and education.

Canada is a highly developed country that ranks as the sixteenth highest ranking in the Human Development Index. Its advanced economy is the ninth-largest in the world and is the 26th highest nominal per capita income globally. Being one of the top-most countries in the world that leads in various frontiers in not just the work sector but also the education sector, the education in Canada is one of the best that is given to its students and the international students who choose the universities in Canada get to be a part of its amazing cultural diversity.

Why Study in Canada?

The overall tuition fees for studying Bachelors in Pharmacy degree in Canada may cost around 35.68 lakhs for Bangladeshi students.

Why Study Pharmacy in Canada from Bangladesh?

Now the students who are from Bangladesh would ask themselves this question, and the answer to this question is – It is one of the most effective courses to study as it not only helps one to understand the nuances of the medicine that is administered to the patients, as an individual from a developing country, it helps those who especially wish to bring back what they have learnt and have acquired to their country to help develop and improve the medical scenario at their home country.

What are the Top Universities in Canada for Pharmacy?

Canada has a vast amount of educational institutions which provide pharmacy courses to international students. Not just the pharmacy schools in Canada that help students to apply for their desired courses, there are pharmacy colleges in Canada that provide more specialised courses which are only next to the universities in Canada, that have a myriad of in-depth courses that delve into the core concepts of pharmacy and research. That being the scenario for the course programs in Pharmacy, some of the top universities that provide them are mentioned below:

What is the Admissions Requirements to Study Pharmacy in Canada?

The eligibility for the admission requirements to study pharmacy in Canada are primarily categorized under three levels of the course program which are Bachelor, Masters, and PhD in Pharmacy or PharmD and the details regarding these are described below:

Eligibility Criteria For Bachelor of Pharmacy in Canada:

The eligibility for Bachelor in Pharmacy in Canada are as follows:

Eligibility Criteria for Masters in Pharmacy in Canada:

MS Pharmacy or M Pharm is the postgraduate degree program that is available to applicants who wish to pursue pharmacy. To pursue this degree, below listed are some of the steps that one should follow to ensure their enrolment into the course.

Eligibility Criteria for PhD in Pharmacy in Canada:

The admission requirements for PharmD in Canada are very university-specific as some universities have course-specific requirements.

But other than that, some of the common requirements for PharmD in Canada are mentioned as below:

Also, additional information regarding the PharmD courses, the students might need to choose and contact a supervisor from the faculty of the university they are looking for to apply in. If the thesis proposal or the research paper gets approved by a supervisor, then this can contribute credibility to the applications and can increase the chances for admissions along with a very good LOR, SOP, and Resume/CV among others.

What are the Pharmacy Courses in Canada?

These pharmacy courses in Canada are primarily segregated into 3 levels such as:

For the international students who wish to study for Bachelors in Pharmacy, Canada offers four-year courses from among its best universities which offer world-class facilities to its international students. The courses offered by the top pharmacy schools in Canada can cost around 22,443 to 54,848 CAD per year.

The Bachelors in Pharmacy in Canada is available as BSc, BSc Honours and as well as co-op degrees. To avail of these courses though, an international student will have to obtain 70% or more in your 12th standard, followed by an IELTS score of 6.5 or other equivalent range of similar tests that are accepted in the Canadian universities, and also with the supporting documents to get into the course.

The Pharmacy is an applied science course that is perfect for preparing the students who are looking forward to making their careers as pharmacists on subjects like the production of pharmaceuticals, dosages, patient safety, the interaction of drugs, and their effect on living organisms and for those international students who wish to pursue higher education within the field. A student who has completed their course in this field can find jobs in Canada that pay up to 75,000 to 77,000 CAD a year.

Learn Cost of Living in Canada

Pharmacists are one of the 29 highly demanded occupations in Canada according to the Canadian government. The requirement for a pharmacist is so high that as per the survey conducted by the Canadian Pharmacists Association (CPhA), the need for postgraduates in pharmacy is on the rise that a Masters graduate in Canada who has completed their studies can get a job as soon as they graduate.

Masters in Pharmacy is a two-year program which deals with the study of chemicals and biological systems to gain the formulations for therapeutic drugs. Additional components added to the course such as academic research, vocational training, and professional pharmacy skills are combined in the pharmacy degree.

Postgraduate degrees such as MS in Pharmacy, or M. Pharm are available for the applicants who wish to pursue Pharmacy. The available specialisations include pharmaceutical sciences (medicine making and its production) and pharmacology (drugs that interact with the body).

Why Study Masters in Canada

PhD in Pharmacy or PharmD in Canada is a 2 – 4 year program that normally costs around 17,000 to 63,000 CAD per year (12.6 – 45.75 lakhs per annum in Bangladeshi Taka for Bangladeshi students). The 4th most sought after job in Canada in the previous year is being a Pharmacist and so, a PhD in Pharmacy from one of the top universities in Canada can be a perfect choice when international students opt for a program to pursue their dreams and career in.

Some of the priorities that are to be taken note of when an international student wishes to pursue PharmD in Canada are:

How to Study Pharmacy in Canada with Scholarships?

When it comes to scholarships for students wishing to study Pharmacy in Canada, numerous pharmacy scholarships in Canada are either partially funded or fully funded.

Some of the many scholarships that are available for International students to avail are mentioned as below:

How much Cost to Study Pharmacy in Canada for International Students?

For Bachelors in Pharmacy degree, the course requirements are as follows:

For Masters in Pharmacy degree, the course requirements are as follows:

For PharmD (PhD in Pharmacy), the course requirements are as follows:

What is the Scope of Pharmacy in Canada?

Studying pharmacy has been on the rise over the years and with the widespread diseases that have shaken the world, the need for pharmacists and experts in this field to find new effective medicine and drugs to fight the viruses and varied kinds of pathogens are most needed of the hour.

The prospects of the students who seek to pursue this course will find that by following their dream to study in well-reputed universities in well-established countries such as Canada either be it for Bachelors or Masters who seek to pursue even higher studies even into Doctorate be it Pharmacy or Pharmacology can only find their growth on a steady pace as the need only seems to grow as years progress.

The shortage of skilled pharmacists in small towns and the demand for medical writers bring about a demand for the professionals and they offer great packages annually too.

Though the students with the Bachelors in Pharmacy in Canada, one cannot work as a registered pharmacist, you can continue to study higher levels in pharmacy or related subjects.

Majorly, pharmacy postgraduates are absorbed into not just the sectors such as Biotechnology, Health & Medicine, Retail but into jobs related to Research for new drugs, and are connected with universities, clinical research centres, medical writers, coders, etc. The graduates who specialize as subject matter experts even get to work closely with doctors and scientists for creating content and documents that can effectively explain the researches and other clinical processes and their documents.

What are the Pharmacy Jobs in Canada for Foreigners?

Canada is a country that has a world-class infrastructure that helps nurture the quality in the research for the development of new drugs, and since the industry is on a constant rise, there is always a national shortage of pharmacists according to the Canadian Pharmacists Association (CPhA). The increase in the drug demand of Canada's ageing population, the increased recruitment by pharmaceutical and biotech companies and the increased number of retail outlets offering pharmaceutical services are all factors that have led to the significant growth in the demand for Pharmacists.

Some of the duties performed by the Pharmacists in their line of work are such that community and hospital pharmacists compound and dispense the prescribed pharmaceuticals and provide consultative services to both clients and the health care providers. They are employed in community and hospital pharmacies or they can also be self-employed. Another category such as industrial pharmacists participates in the research, development, promotion, and manufacture of pharmaceutical products. They are employed in pharmaceutical companies and government departments and agencies.

Some of the job titles for Pharmacists can build their pharmacy career in Canada are:

Canada is one of the world's top 10 best places to live, and studying here is most definitely a plus as one can experience all that Canada has to offer. AECC Global is one of the top leading educational consultancies that has helped thousands of students to live their dream in their chosen destinations and create a successful career and you can also be the next person to live your dreams.

For more information, contact us and our expert counsellors are ready to help you live your dream and make it come true.

FAQs about to Study Pharmacy in Canada

Which pharmacy course is the best in Canada?

B. Pharm (Bachelor of Pharmacy) is one of the most sought-after courses in Canada.

Which country is the best for M Pharm?

When it comes to studying M. Pharm, Canada is one of the best countries to study it. However, alongside Canada, the USA also provides the top environment to pursue this course.

Can international students do pharmacy in Canada?

Yes, International Students can study Pharmacy courses in Canada once he/she completes the application process with the university and fulfil all the prerequisites that are necessary for successful enrolment. However, it is a very tedious process and educational consultancies such as AECC Global can help you in every stage of your application to ensure that you successfully enrol yourself in the university of your choice and live your dream.

How Much Cost to Study in Canada for International Students?

Study in Canada After 12th for International Students 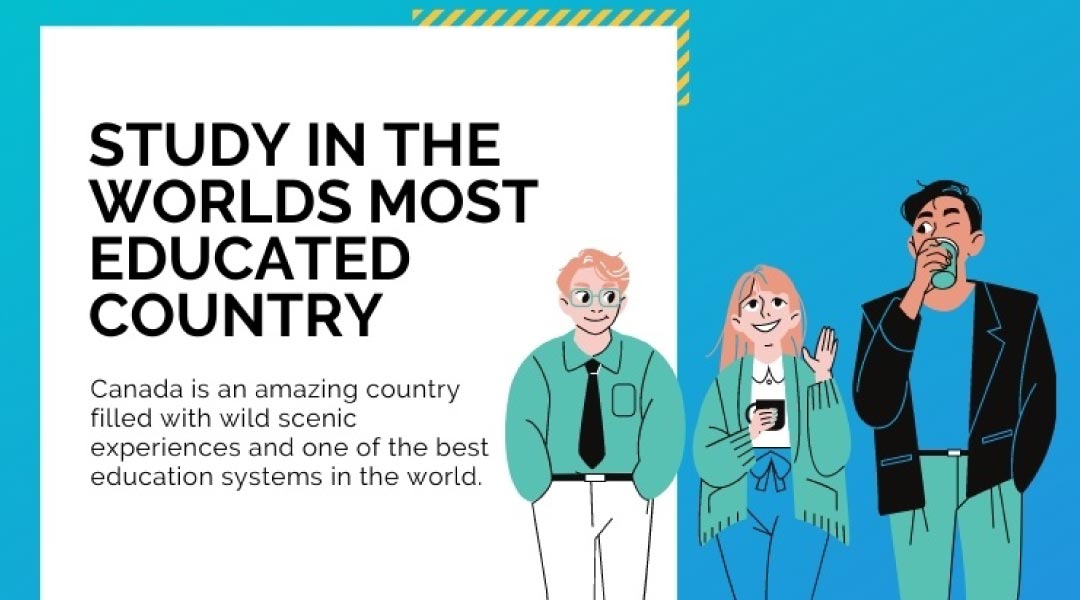 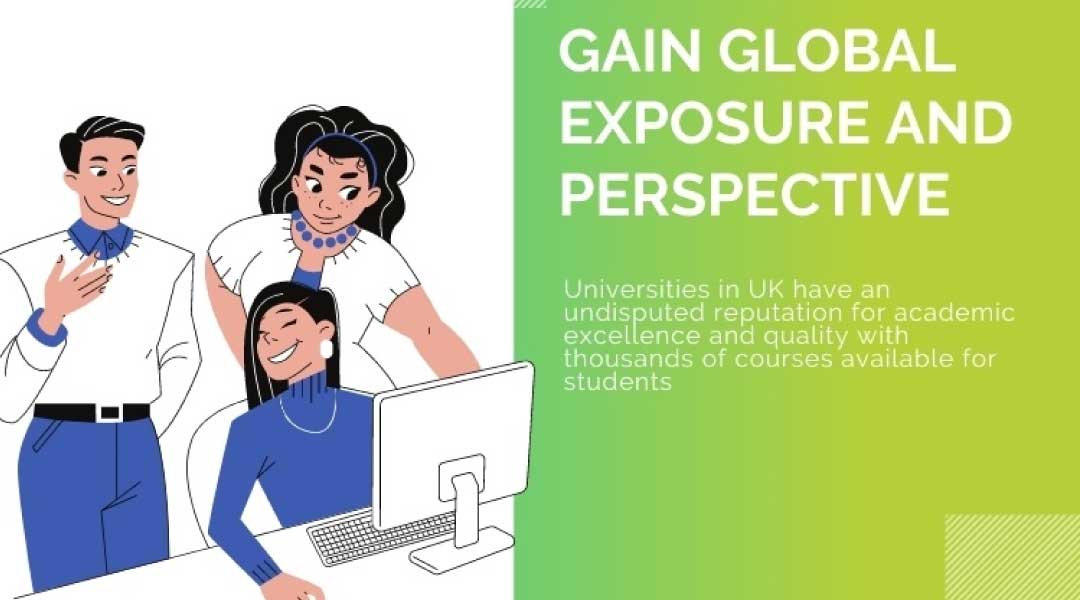